Looking for your next herd sire? 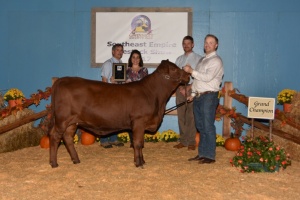 MC Ranch is located in the scenic Northwest Georgia foothills. MC Ranch is owned and operated by Judy McDaniel with her four children: Wes, Ali, Anna, Will and their families following the untimely passing of patriarch Dr. Burton McDaniel in late April, 2019.

While certainly proud of their accomplishment in the show ring, MC Ranch‘s current focus is on the integration and spread of NuGen genetics across the globe. MORE>>